Microsoft as it is well known for always creating and developing new software products is set to launch Windows 12 following its announcement at their previous tech conference. With its new and improved features, Windows 12 could best be described as an updated version of Windows 11 which Windows users have been desperately waiting for.

There is no doubt that the Microsoft Windows 12 could be the best so far, looking back to the previous years when Microsoft released Windows 10 after Windows 8, and we didn’t get to witness Windows 9. So far, Microsoft’s software updates have always been highly anticipated by its fans and they never fail to deliver.

We are hoping that the Microsoft Windows 12 would fix all the lags and malfunction issues that are currently in windows 11, as it is rumoured to be the greatest and fastest version of all Microsoft Windows. The Microsoft Windows 12 could make a whole lot of difference from the previous Windows in terms of design and themes package. New and exciting applications will be added, as well as a strong inbuilt anti-virus to protect them from external threats.

For those eagerly waiting for the Microsoft Windows 12 update, there are several ways you can get the latest Windows version. The first way is through the normal annual Windows update, by selecting the start button from the bottom left corner, choosing the settings (gear icon), selecting the update and security icon and tapping the windows update in the sidebar, click check for updates and if there is any it will start downloading automatically. The second method is by uninstalling and installing back Windows. 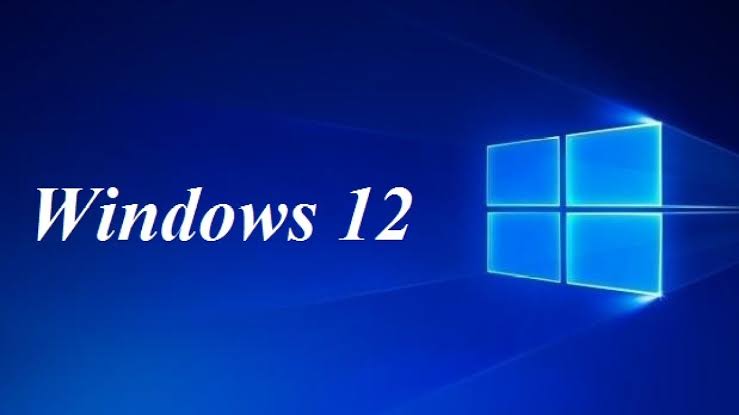 The official release date for the Microsoft Windows 12 is yet to be confirmed. However, since it is all about releasing new Windows and enjoying the latest enticing features, Microsoft has been constantly releasing yearly updates for its users which include faster performance, strong security and other improved features. This will give Windows lovers a feast to enjoy while they wait for the release of Windows 12.

Before now, Microsoft releases new Windows version every 3 years, so with that, we already have a clue of when the Windows 12 will be released since the Windows 11 was officially released in 2021.

Since the Microsoft Windows 12 is yet to be officially released, we can’t be certain of the exact computers that’ll be compatible with the new software. However, it’ll be more compatible than the former Windows XP.

Meanwhile, we’ll use the Windows 11 requirements to know the computers that’ll be compatible with the next-gen Windows 12.

Kindly note that if your device does not meet the Windows 11 requirements, then it’ll certainly not be compatible with Windows 12.

: Since these are Windows 11 requirements, there is certainty that some of them will be upgraded higher, but be rest assured that Windows 10 and Windows 11 compatible PCs will surely run the next-gen Windows 12.

No one might actually know the real abilities of Windows 12, but the most interesting part of every windows launch is its significant upgrade and improved features, this means we are sure that Windows 12 will come with a lot of changes and updates.

Fortunately, you can now view all data as it is always stored in the clipboard history in form of text or files which you have copied or cut. Not only you can view all the data saved in the clipboard history, but you can also choose the one you want to paste, also you can easily paste data from one device to another using devices that are connected with the same Microsoft account.

With the Snip-and-Sketch feature in the Microsoft Windows 12 update, you can write or retouch the screenshot you just took. Some of the available activities you can do are cropping, marking and scribbling, including the use of a crossbar and bow for drawing. It is very easy to use this feature by just clicking the Windows + shift + S to take a screenshot, then you can retouch or sketch the screenshot results to your liking by just clicking the image that appears on the floating Window.

Texting Directly from the Laptop

With The Windows 12 update, you are allowed to send and receive SMS straight from your laptop. Also, this latest version of Windows 12 allows you to sync straight from a laptop with your android smartphone. This makes it possible for you to view and reply to messages sent to an Android smartphone with a laptop immediately. In addition to that, you can also view the images stored on your smartphone, therefore, anytime you snap a photo using your smartphone, you can view it on your laptop immediately.

In other to access this feature the Microsoft launcher or your system companion application must have been installed on your phone, then you can log in using your Microsoft account.

Microsoft Windows 12 has taken a new look in terms of Windows search design which now includes previews. Therefore, when you type certain keywords, it will display the previews for the search results you have chosen. When you type a movie title, for example, the entire movie title will be shown, including the file location and other information. Besides, if you’re searching for an application, you will also be presented with several options you can use.

Microsoft Windows 12 now supports the HDR. It will be very helpful if you prefer using a large-screen monitor, for example, 4k with HDR capability, However, the settings > Display > Windows HD colour now includes additional options for setting the HDR in Windows 12. This option will display the screen on which you apply the HDR support for your video streaming, games and application.

The improvements made to the Microsoft Edge are also among the new features of the Windows 12, whereby you can get the shadow feature which enhances the display’s depth effect. All the Microsoft edge settings are arranged in categories making it easier for users to locate what they are searching for.

Meanwhile, you can also modify the auto-play media control to set whether or not videos can play automatically. Fortunately, there’s an option to make notes and annotations while using the Edge browser to read PDFs, this means that you can equally add specific notes while reading an eBook.

: Like we earlier said, the Microsoft Windows 12 will be launched between June to September 2024.

When is Windows 12 Coming out: According to many verified leaks, the Windows 12 will surely arrive this year 2024.

When will Windows 12 be Released: After the official launch event, the Windows 12 will be released one month later.

Windows 12 Release Date in India: The Microsoft Windows 12 will be launched and released in India between June to September 2024.

Best Smartwatch to Buy in the US and UK 2022

About Techcity 283 Articles
We at Techcity.com.ng are dedicated towards bringing the latest tech reviews, gists, and comparisons to you. Techcity is a standout domain with the best expert tech reviewers you can always trust. For any advert placement, complaint, or request, kindly contact us on WhatsApp at +234 81 6028 9172
Website

Netflix is a popular app for binging shows and enticing movies. If you’re having sluggish internet connection or no access to the internet, you can […]

Samsung has officially launched the Galaxy A23 lineup on 25 March 2022, thereby making it to the list of tons of budget phones already launched […]