Tecno has introduced the Camon 19 Neo as part of the latest Camon 19 series which includes the Camon 19 Pro. The Tecno Camon 19 Neo has sparked many reactions among Tecno fans especially gamers who are intrigued by the amazing specs of this device.

In a mid-range era when many brands are trying to cut out some features to keep the price low, the same can’t be said about the Camon 19 Neo. The Tecno Camon 19 Neo is a great device with a unique design flaunting a large 6.8-inch display which shows at FHD resolution and a 48MP camera set-up for great photography performance.

The Tecno Camon 19 Neo debuted as a lower model of the Camon 19 Pro with the latter having much-upgraded features which guarantee a faster performance. However, with the Camon 19 Neo having much lower specs and selling at a cheaper price too, will you consider it a better option than the more specced Camon 19 Pro? Fortunately, we’ve gathered everything we know about the phone and brought out its specs, features, and performance. Read on to find our comparisons and final verdict.

Check out our Tecno phones coverage 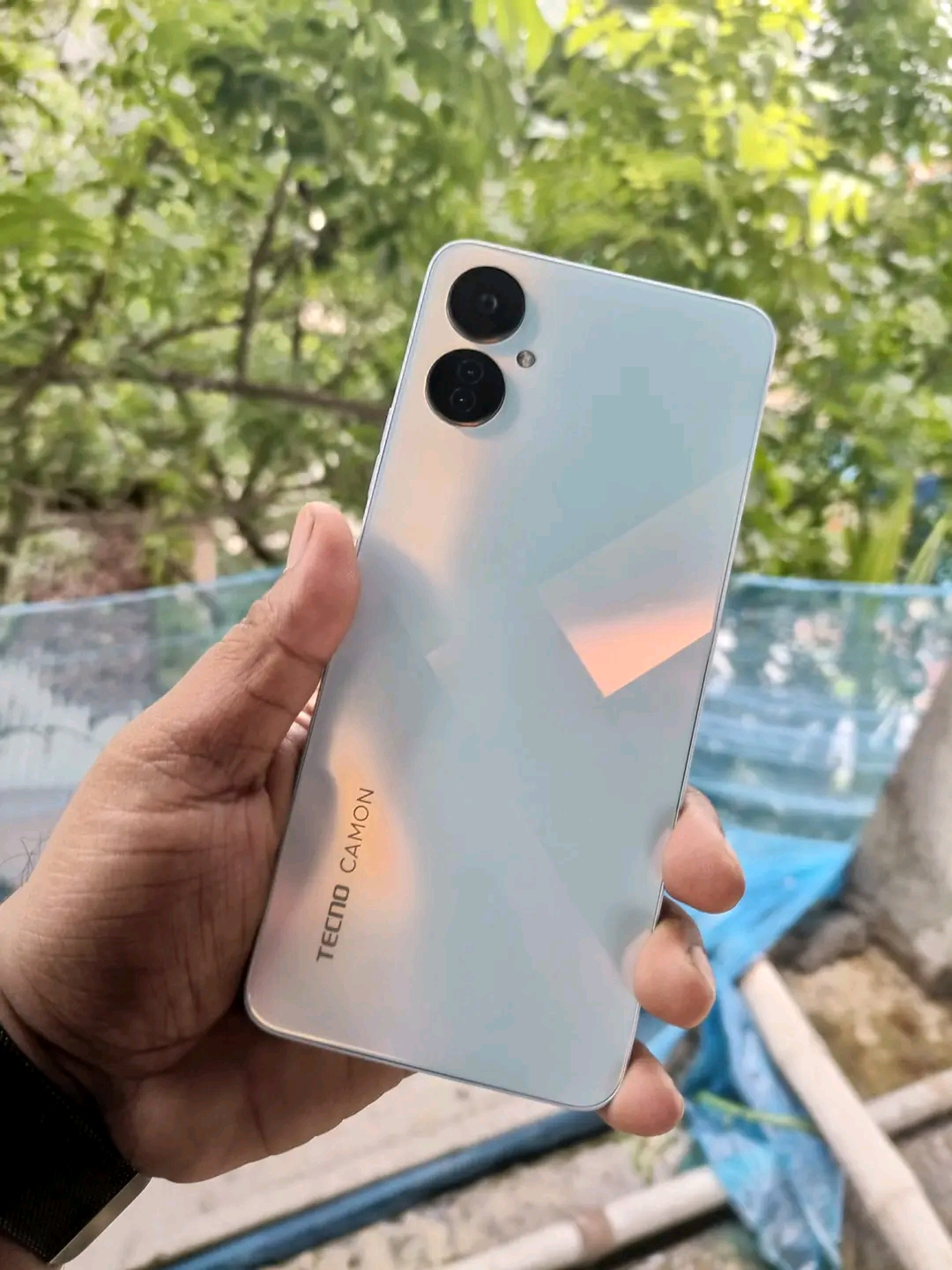 The Tecno Camon 19 Neo has a simple appealing appearance with a dual-camera bump on the rear. Unlike the Camon 19 Pro, this phone didn’t feature any unique design aesthetics apart from the two bold camera lenses. However, its rear panel feature some horizontal lines which make it look premium.

Meanwhile, the phone comes with two mics one at the top and the other at the bottom. On the right side of the phone is a volume rocker and power button while on the opposite side is the SIM tray. Moving down to the bottom is a USB-C port, speaker grille, and 3.5mm headphone jack. We’re happy Tecno decided to retain the headphone jack for wired fans even when most brands are excluding the feature from their flagship phones.

The Tecno Camon 19 Neo will have a 6.8-inch screen with a 120Hz refresh rate and FHD+ (1080 × 2460 pixels) resolution. Just as expected, the Camon 19 Neo has a flat-screen with slim bezels which fit its flagship nature. This is the best display quality we’ve seen on a Camon device yet, and we hope to see more improvement in next year’s model.

The Tecno Camon Series as we earlier said focuses on quality camera performance and the Camon 19 Neo didn’t fail on that. This has been the main focus of this smartphone, keeping it outstanding among its competitors. A triple camera setup is behind the stunning images that are produced with this smartphone.

The main camera features a 48MP camera shooter which can take good images on its own, but it won’t do the whole work alone. This is slightly below the 64MP lens that’s on the Camon 19 Pro, but there’s nothing to complain about considering its cheaper price. Also, there’s a reduced 2MP telephoto lens which is joined by another 2MP ultra-wide lens in a single camera bump.

At the front, the camera remains with the same 32MP lens that’s on last year’s Camon 18 Premier. Recording videos, taking selfies, and making video calls are some of the things you can do with the front camera, and of course, you will get amazing results from it. The front camera also doubles up as a face ID reader to strengthen the phone’s security.

See also  Oppo F19 Review: Specs, Features, and Price in Nigeria, US, and the UK

The power behind the Camon 19 Neo is a familiar MediaTek Helio G85 chipset manufactured using a 12nm process technology. G85 is an octa-core chipset which is good for gaming and will conveniently serve all your smartphone needs. However, bear in mind that this is not a 5G phone, but you can decide to go for the bigger Camon 19 Pro variant if you want the latest network technology.

There’s no doubt the Tecno Camon 19 Neo is a very good gaming phone with sharp graphics. As a result of this, the CPU is gaming-oriented which means multitasking is also added. You can play your games, watch videos and integrate through different apps without experiencing any lag or the system heating up.

In terms of storage, the Camon 19 Neo comes with 6GB of RAM and 128GB of built-in storage. This is big enough to store all your files and documents, but for those who might need extra storage, there is an option for storage expansion through the dedicated microSD card slot in the SIM tray.

The Tecno Camon 19 Neo comes with the latest Android 12 operating system alongside HiOS 8.6 overlay. Fortunately, it’s entitled to Google’s software enticing features and Play Service apps which help to improve the user experience. Furthermore, the Tecno Camon series will be the first set of devices from the company to receive the upcoming Android 13 operating system.

When it comes to battery capacity, the Tecno Camon 19 Neo flaunts a 5000mAh Li-Po battery capacity that guarantees more than 24 hours of active battery status. This is a slight improvement from last year’s Camon 18 Premier’s battery and it’s expected to last for a whole day and more when fully charged.

The Tecno Camon 19 Neo will be officially launched in June 2022, with the release later the same month. Fortunately, preorder has already begun on the company’s official website at a slightly discounted rate, but you can wait to buy after the official release.

About Techcity 284 Articles
We at Techcity.com.ng are dedicated towards bringing the latest tech reviews, gists, and comparisons to you. Techcity is a standout domain with the best expert tech reviewers you can always trust. For any advert placement, complaint, or request, kindly contact us on WhatsApp at +234 81 6028 9172
Website

Oppo A57 5G Review: Features, Specs, and Price in Nigeria

The Oppo A57 5G brings the company’s classic design into the middle-range category with its impressive design and features. The smartphone is built with an […]

The Xiaomi Mix Fold 2 has become the talk of the town since its release, showcasing some key features that could go toe-to-toe with Samsung’s […]

The Tecno Pova Neo 2 is one of the company’s latest devices which comes after the standard Tecno Pova Neo. It looks like Tecno didn’t […]